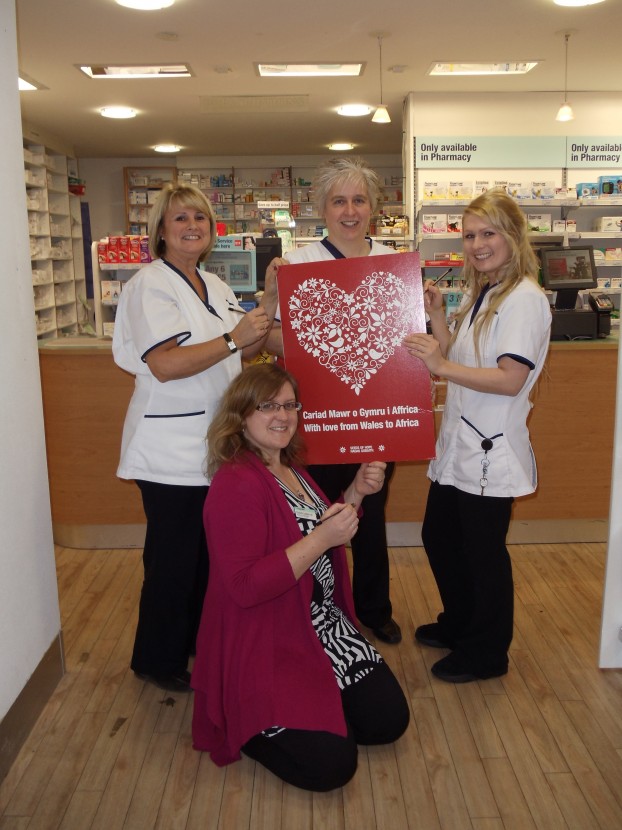 As part of the celebrations for the UN Year of Co-operative, three community-based projects in Wales and Africa are being supported by a fundraising campaign created by The Co-operative Membership Cymru/Wales.

Seeds of Hope (Hadau Gobaith in Welsh) is an innovative partnership between The Co-operative Group in Wales and leading charities Oxfam Cymru and Dolen Cymru Lesotho, through which it aims to raise at least £50,000 for enterprises which are owned and run by their members for the benefit of all.

Funds raised will support the expansion of honey-making co-operatives in the Amhara region of Ethiopia, a fruit tree planting project in the Phelisanong Community, Lesotho and a community food co-operative in Newport, Wales.

The launch in the Co-operative Food store in Crwys Road, Cardiff in February, attended by Dame Barbara Stocking, Chief Executive of Oxfam, Veronica German, Executive Director of Dolen Cymru Lesotho and a host of elected members, Food colleagues and the membership team was just one of over 10 well supported local launches across Wales from Machynlleth to Porthcawl and from Kilgetty to Wrexham.

Ashley Drake, Membership Manager for The Co-operative in Wales, said:
“We are delighted to have created a project that brings together two highly renowned charities and our family of businesses in a major fundraising campaign that is international in outlook yet Welsh in identity.

“The most heartening aspect of the project is the spirit of co-operation between the two charities and the way they are working together to make the campaign a success.”

“We are also extremely proud of the support we are receiving from our businesses in Wales both in the way they have embraced the Seeds of Hope campaign and with their tremendous commitment and enthusiasm to raise the target of £50,000. The assistance we have also received from many Manchester-based colleagues who have helped clear the way for us to utilise the Charity of Year back-office systems has also been invaluable.” 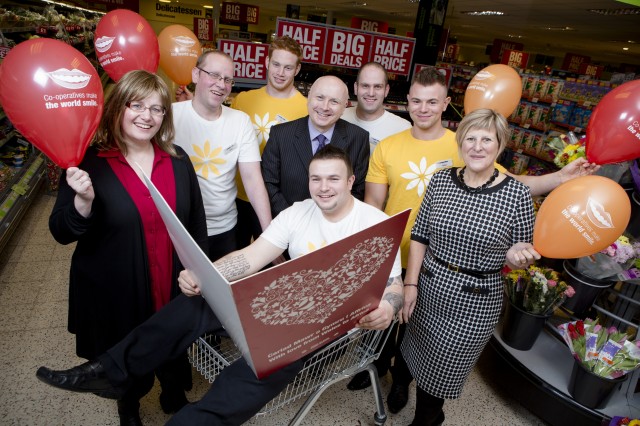 With Seeds of Hope now in full swing the number of activities and events are increasing every week from a pub quiz hosted by the Grangetown Pharmacy in Cardiff to an Easter Hamper raffle at the Food store in Blaenavon. Co-operative outlets from all over Wales have requested their fundraising packs including Holyhead and Mold in North Wales, to Mansleton in Swansea and Whitchurch in Cardiff. More energetic plans to raise money has been hatched by a team of Area Managers at The Co-operative Pharmacy who are preparing to run the Cardiff Half-Marathon and colleagues from The Co-operative Bank who are to participate in a zip wire challenge in Newport.

Veronica German, Executive Director of Dolen Cymru, said:
“This partnership will be a tremendous boost to the work we do in Lesotho, a small African country twined with Wales due to the two nations being of a similar size and sharing many national characteristics. The Seeds of Hope partnership with The Co-operative will enable us to work with the Phelisanong Community to develop the existing orchard project by establishing three fenced-in orchards, each of 1500 trees, with space for vegetables. Phelisanong, which means “together we work for life” is a community of disabled people and people affected by HIV/AIDS. This campaign will enable the community to both eat healthily and sell the surplus to generate a profit to sustain the community.

Stephen Doughty, Head of Oxfam Cymru, said: “Working with The Co-operative Group in Wales makes great sense to us as we share the same values and in particular a commitment to sustainability. By working together Oxfam will be able to help transform the lives of some of the poorest people in the Amhara region of Ethiopia, where Oxfam is working with a union of nine co-operatives to increase honey production and ensure that the community benefits rather than the middlemen.

“However, we also recognise that despite the relative wealth of Wales compared with Ethiopia, tough economic times are hitting many communities across Wales. We will be using a share of the money raised to help families in the Duffryn area of Newport through a pioneering food co-operative where community members will be growing vegetables all year round. Growing food together the community members will create a sustainable enterprise, develop skills and at the same time promote a healthy lifestyle. These are lessons we hope to share with communities all over Wales”

Anyone wanting to participate in the Seeds of Hope campaign can do so by visiting the special website hosted by Oxfam at: www.oxfam.org.uk.coop where fundraising packs can be ordered and donations can be made.