At First Minister Questions on January 29th, the day after the presentation by Ted Howard on the Evergreen Co-operatives in Cleveland Ohio to the Assembly’s Cross Party Group on Co-operatives and Mutuals, Vaughan Gething AM, the Chair of the Group  raised questions on the role of co-operatives in the Welsh economy.

Below are details of the debate 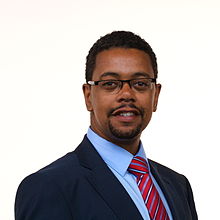 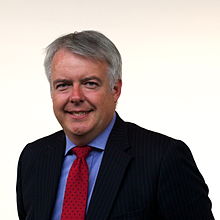 The Contribution of Co-operatives and Mutuals

Vaughan Gething: Will the First Minister make a statement on the contribution of Co-operatives and Mutuals to the Welsh economy.

The First Minister: They play an important part in the mixed economy of Wales. We have set up the Wales Co-operative and Mutuals Commission to make recommendations on growing and developing the sector in Wales.

Vaughan Gething: Thank you for that response, First Minister. I welcome the work and the setting up of the Co-operative and Mutuals Commission in Wales. Yesterday, we were fortunate to have Ted Howard come to talk to the cross-party group on co-operatives and mutuals, particularly about his experience with the Evergreen Cooperatives in Cleveland and Ohio, and the three businesses that they have set up and, in particular, their impact on regeneration. Will the First Minister specifically consider the regeneration prospects and possibilities of co-operatives and mutuals in carrying that work forward in Wales?

The First Minister: Following the meeting yesterday, there was a meeting with the chair of the Co-operative and Mutuals Commission, Professor Andrew Davies, along with officials from the Department for Business, Enterprise, Technology and Science. The commission will be making a full report to the Minister in September. I am sure that the role of co-operatives, as a tool for regeneration, will be considered as part of that work.

Suzy Davies: First Minister, do you agree that co-operative schools are in a particularly good position to develop direct, strong links with local businesses that can inform the curriculum, develop entrepreneurship, and develop the next generation of business leaders?

The First Minister: I want to ensure that we have high standards in Wales across the board. It is very important that schools remain within the public sector and do not leave it.

Leanne Wood: First Minister, small local businesses, social enterprises, co-operatives, and mutuals all have one thing in common, which is insufficient access to funds to start, to grow, and to prosper. An example is the Remploy factory in Porth that, despite having plenty of orders, including a new contract in recent weeks for its e-recycling services, appears to be condemned to closure. Will you consider creating a new finance stream akin to the Welsh public bank idea that Plaid Cymru has put forward, and has been calling for for some time now, which would not only boost our flagging economy, but would also enable Welsh businesses, social enterprises and co-operatives to not only survive but thrive?

The First Minister: I seem to have stepped into the middle of a dispute between Plaid Cymru and the Tories on this in relation to public finances. As you will be aware, a commission has been set up under the steerage of Professor Dylan Jones-Evans to look at precisely these issues. We are pleased to have him on board, and I know that he is fully endorsed by the leader of the opposition, as he, himself, said in the papers last week.