The “Friends of the Robert Owen Museum” was officially launched on Thursday November 11th at the Museum in Newtown with a short presentation by Professor Chris Williams of Swansea University on the relationship Robert Owen had with Newtown, the place of his birth and death, and the relationship it’s citizens had with him and his memory. 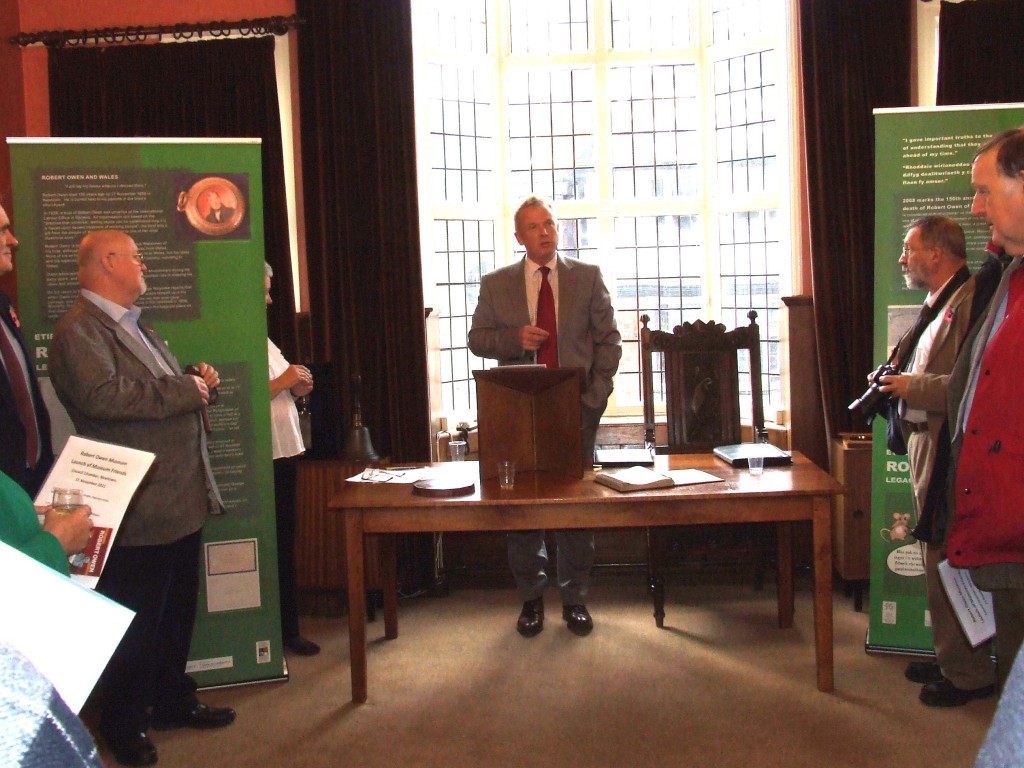 Over 30 people crowded in to the Council Chamber above the Museum to enjoy this event and the liquid refreshements generously provided by the Co-operative Group.

The Museum is open all year round, and is run entirely by volunteers. It receives visitors from all around the world as well as many from across Wales and the UK.

More information on how to support the Museum, which has plans to improve and update this unique exhibition of Robert Owen’s life can be found at: http://robert-owen-museum.org.uk/friends