The Rochdale Pioneers film premiered at the Co-operatives United event in Manchester last week will be shown on FILM 4 this SUNDAY (11 NOVEMBER) at 5.45. It is well worth seeing, please advertise as widely as possible.

The inspirational new movie telling the story of the birth of the co-operative movement in Rochdale in 1844 is set for its TV Premiere on Sunday, 11 November.

Fact is more compelling than fiction for “The Rochdale Pioneers” as it tells of the 28 men who battled a backdrop of poverty and prejudice and whose principals are still changing the world almost 170 years later.

The film – based on a true story of hope, determination and principals – stars John Henshaw, known for roles in “Born and Bred”, “Early Doors” and “Looking for Eric” and John McArdle, of Brookside, Gallowglass and Prime Suspect fame, and is set to receive its TV Premiere on Film4 on Sunday 11 November as part of the channel’s British Connection Season.

It has been commissioned by The Co-operative Group – whose own origins can be traced back to the Rochdale Pioneers – and, produced by The Co-operative British Youth Film Academy, itself a co-operative whose directing duo of Adam Lee Hamilton and John Montegrande, in the true spirit of collaboration, recruited many of the cast and crew from the local community to work alongside established actors.

The TV screening follows the film’s International Premiere in Manchester on 1 November – close to the site of the Peterloo Massacre in 1819 where friends and family of some of the Rochdale Pioneers were amongst the 80,000 strong crowd charged by cavalry when they gathered to demand the reform of parliamentary representation.

It was the Rochdale Pioneers’ vision for a better social order which inspired them to overcome such adversity to form the Rochdale Equitable Pioneers Society – establishing a co-operative shop inToad Lane,Rochdalein December 1844 that is recognised as the birth of the co-operative movement. Today, there are 1.4 million co-operatives worldwide with almost one billion members.

Mark Robinson-Field, The Co-operative’s National Co-operative and Membership Manager, said: ”The original Rochdale Pioneers set out the principles that became the basis for how co-operatives around the world still operate to this day – a remarkable story of struggle against adversity that is just as relevant today. We believe that the time is right for this inspirational story to be re-told to a new generation.”

The film was made to mark the United Nations International Year of Co-operatives – a year dedicated to highlighting the contribution of co-operatives to world-wide socio-economic development, particularly their impact on poverty reduction, community cohesion, employment generation and social integration. 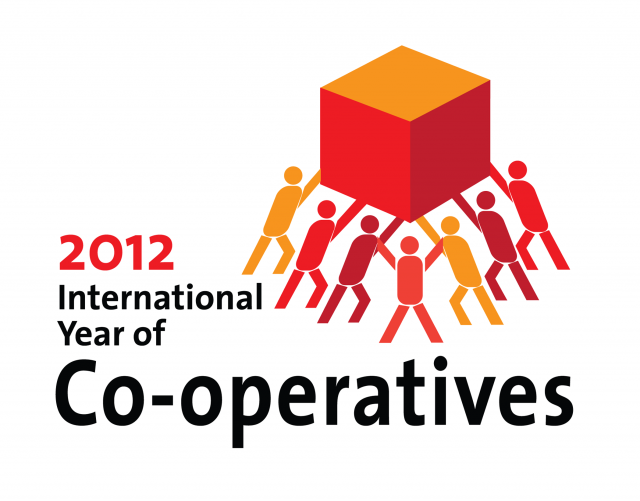