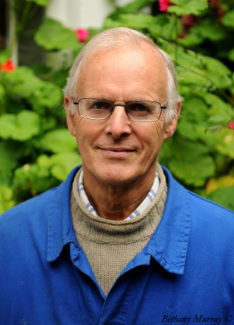 Co-operator and Industrial Economist, author of ‘Co-operation in the Age of Google’, Robin Murray has died. For an appreciation by Hilary Wainwright please follow this link. https://www.opendemocracy.net/neweconomics/life-robin-murray-visionary-economist/

I will always remember Robin Murray as a person unable to contain his passion for people and ideas. He was fascinated by the particular exemplary initiatives, how they worked, the conditions for their success, and the opportunities presented. This was exemplified by his work as Director of Industry in the Greater London Council and later, Director of Development in the Government of Ontario. http://beyondthetechrevolution.com/team/robin-murray/

His most significant contributions to the Co-operative Movement was his seminal draft  report commissioned by Co-operatives UK, following Ed Mayo’s appointment as Secretary General  https://www.uk.coop/sites/default/files/uploads/attachments/co-operation_in_the_age_of_google.pdf

Robin saw strengthening existing co-operative development infrastructure as part of a wider question. That is how changes in private and public services are driven by information technology opening up opportunites for co-operative innovation. His brief also covered current developments in social innovation, community development and international development.

The strength of this report was in its common sense approach in vividly articulating the power of Co-operation, with a visionary freshness about its purpose and the practical means in achieving its realisation across the whole economy. It had the intellectual reach, the like of which we may probably not see again, although some found it challenging.

When reviewing his highly stimulating report (Co-op News, February 2011), I argued it would be of “equal significance to the neglected Gaitskell Commission (1956); or Dr Laidlaw’s report ‘Co-operatives and the Year 2000’ (1983). We would be foolish to ignore this one, written for a fundamentally different age”.

I first met Robin in 2010 at the CUK Congress where we had an intensive conversation about his report which provided a strong analysis and compelling recommendations. This is now extensively cited, but at the time it was ignored by some in the Co-operative movement who should have known better.

When Welsh Government proposed a Co-operative and Mutuals Commission in 2012, I sought Robin’s agreement to be nominated as a Commissioner which he modestly declined. Fortunately, he was persuaded to do so and played a crucial role, including his clear grasp of members taking action to meet their needs. He actively ensured a valued Commission report, sharpened up its recommendations and subsequently followed up its work.

Robin supported Wales Progressive Co-operators in championing Social Care Co-operatives.This campaign from 2008 lead to a major breakthrough in social care policy with its focus upon co-operative solutions contained in the Social Care and Wellbeing (Wales) Act 2014.

Welsh Progressive Co-operators were the recipients of his excellent advice about the importance of quality. I fondly recall Robin emphasising this in marketing Café Direct as a Fair Trade product, which of course equally applies to social care.

His work in establishing Twin Trading provides an important insight into the values of networking and collaboration: how individual initiatives have shaped what Fair Trade is and how it works, and where ordinary individuals and small institutions serve as extraordinary role models for the movement.

I know how difficult it is to lose an important person in one’s life. When my mother, Hilda Smith died in 2013, Robin said that departed loved ones are always with us. This made me reflect and was inspired to build upon her legacy. It also explains my focus upon Co-operative Education if we are  to build a Co-operative Wales. May we all be inspired by Robin in our future work when actively promoting ‘Co-operation in the Age of Google’.

I worked with Robin on the Age of Google, which involved long discussions on worker ownership and the french retail co-operative business model, and also, later, on a worldwide Principal Six networking event at the Twin Trading AGM in Abergavenny in September 2010. He was a delight to work with; very bright, very kind, and above all very co-operative in the way he worked. He made a great contribution to the movement. He will be sorely missed.