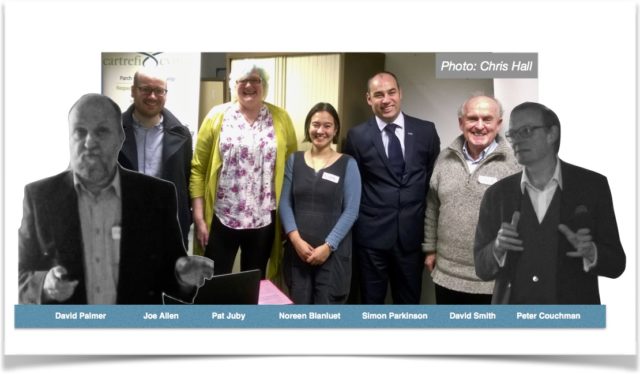 “To train and educate the rising generation will at all times be the first object of society, to which every other will be subordinate” (Robert Owen)

“It is essential to set aside sufficient human and financial resources for co-operative, professional and youth education”. (Mondragon Principle 10)

Education is at the heart of co-operative principles but sometimes it’s more honour’d in the breach than the observance. Co-operators in Wales are seeking practical ways of keeping education at the core of co-operative activity.

The devolved Government in Wales has expressed a desire for a more co-operative economy and society. The Co-operatives and Mutuals Commission, set up by the government talked of ’embedding the values, principles and skills related to co- operation throughout the education system’. The time is right for putting educational self help into action.

Co-operatives and Mutuals Wales have organised a series of round table events looking at how the co-operative movement can play a bigger role in education, not just the school curriculum but in higher education, adult education and informal community education.

The first round table event, on the 19th November hosted by Cartrefi Cymru and facilitated by Noreen Blanluet had many reminders of how robust the co-operative model can be in delivering economic and social goods.

Peter Couchman from the Plunket Foundation set the scene – historically, education has been crucial for co-operatives – in Robert Owen’s New Lanark, children in white tunics did not work in the mill, but learned music and dancing as well as the three Rs. In Brighton, Dr. William King, knowing that ‘the Great and Good will never fund Social Improvement’ published ‘The Co-operator’. At the price of a penny this monthly combined co-operative philosophy with practical advice and in spite of being published for only two years had widespread influence. The paper’s masthead proclaimed: ‘Knowledge and union are power. Power directed by knowledge is happiness. Happiness is the end of creation’.

With the passing of time and economic success for co-ops, the urge to reform and educate lost its urgency and co-operatives became, according to Beatrice Webb, a ‘Movement of Shopkeepers’.

Joe Allen from ABCUL, the largest trade body for credit unions, outlined strengths and weaknesses in education. The on-line ABCUL Academy offers training for Board Members, managers and volunteers and a growing Credit Union community offers a reservoir of future co-operators. The education challenge for credit unions, given stretched resources, is maintaining adequate provision.

Simon Parkinson, from the Co-operative College took up the challenge of resources, developing the theme of the day – the need for education to be a core function not an add-on. It is vital that co-operators walk the talk and provide realistic funding for co- operative education – what vistas would not open up for co-operative education if it could benefit from 1% of tCG’s members own brand purchases?!

Pat Juby had her eye on the current gaps in co-operative education. After 20 years working in higher education she pointed out that there had been calls for a co- operative university since 1914 – her question ‘How much longer do we need to talk about it?’mirrored Peter Couchman’s comment that the challenges of co-operative education had not been properly addressed for the past 50 years.

The gaps Pat identified were those between school and post graduate – FE, undergraduate and adult learning. The need to address the latter in the guise of community and informal learning was strongly endorsed by Joanne Bartlett from Communities First Ebbw Vale.

The questions posed at the start of the round table were: ‘How do we create co- operators? & What is the meaning and relevance of Co-operative Education?’ Answers to questions like that don’t come in a day but several themes, routes and signposts emerged:

The future
To oversee the strategic focus a ‘Co-operative Education Development Board’ could promote and integrate co-operative education within existing delivery structures.

Co-operatives and mutuals live in the same pool of dwindling resources as other organisations and businesses. The challenge fosters both competition and co-operation. There was never a better time for collaboration in the field of education, the kindling and the knowledge and the match are there, it just needs co-operators to keep bringing in the wood!

A video of the round table event was recorded – an edited version of the proceedings will be available in the New Year. The next Co-operative Education in Wales event has a preliminary date of 8th April 2017. For more information or to contribute to the co- operative education debate, visit www.cooperatives-wales.coop or email david@cooperatives-wales.coop

The round table event was generously hosted by Cartrefi Cymru, a not for profit charity which is currently making the exciting and challenging journey from conventional management to grass roots multi stakeholder co-operative status. Democratic responsibilities will be shared by service users, staff colleagues and supporters.

Founded in 1989 by a group of parents and activists, Cartrefi Cymru is a cutting edge support provider in rural Wales and the Valleys. It supports people with learning difficulties, autism, physical disabilities and challenging behaviour to enjoy their rights and freedom within the community and their own home.

Alex Bird is an experienced co-operative searcher and activist. Follow him @coopalex3
View all posts by admin →
This entry was posted in Events, News. Bookmark the permalink.