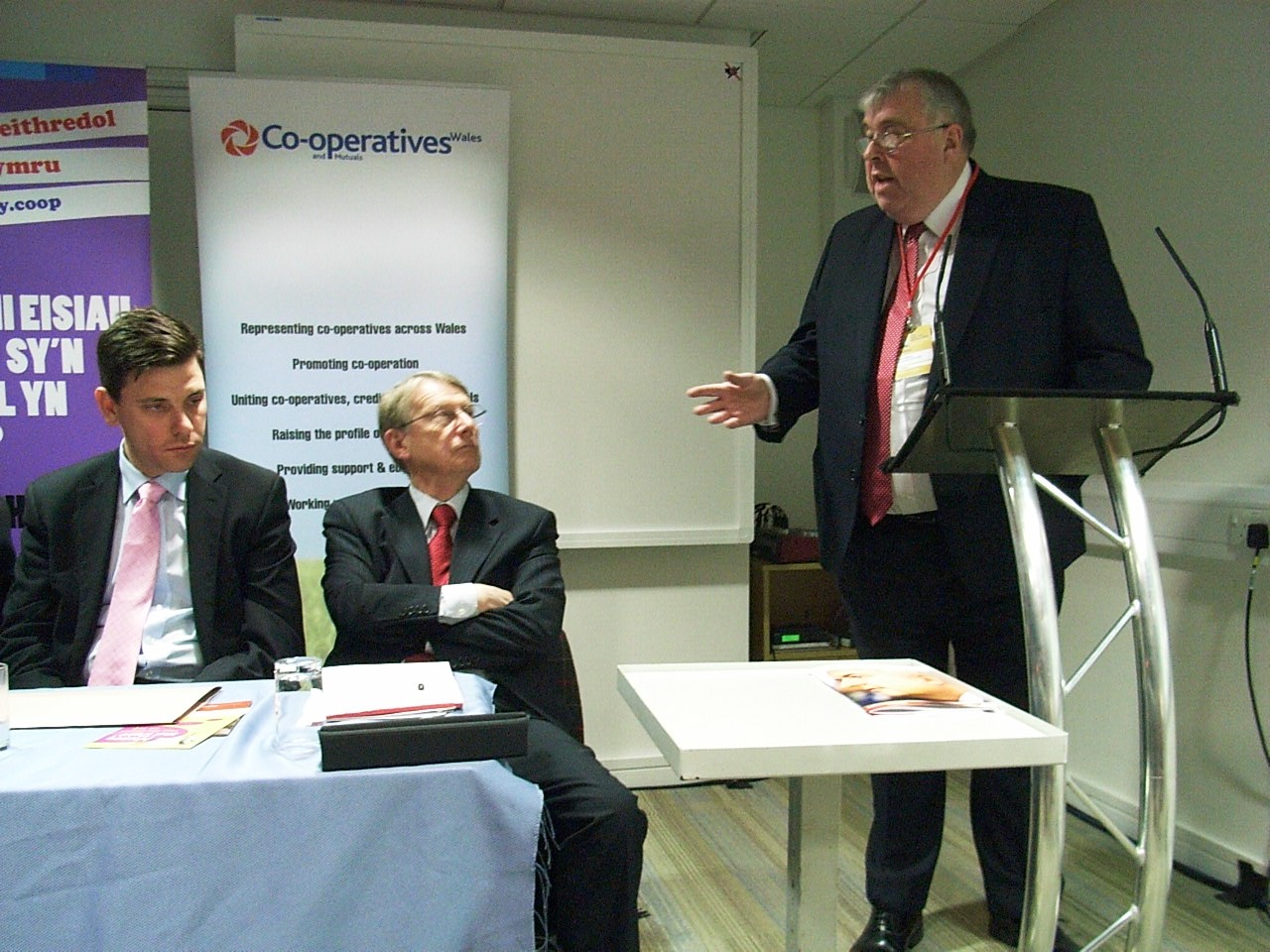 The meeting, chaired by Michael Stephenson, General Secretary of the Co-op Party focussed on “The feelings Mutual – Fair Finance for all” with presentations from Alun Michael MP, Chris Evans MP, Huw Lewis AM, Sandy Mewies AM and the newly formed North Wales Credit Union Speakers outlined the advantages that mutuals have over other forms of lending as they are owned and controlled by their members. Particular examples were made both of the incredibly high rates of interest charged by some commercial lenders (4,000% for some products from wonga.com) and of the member friendly attitudes practiced by North Wales CU.